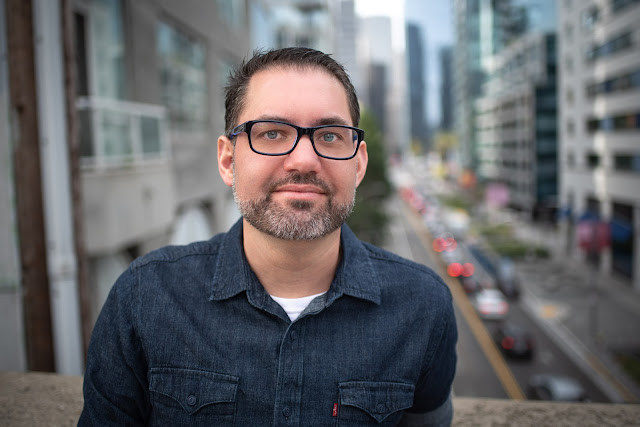 Chris S. Burns (he/him) is a fiction and science fiction author who lives in San Francisco. In the past he’s lived in Orange County, CA and Harlem, New York City, which are the two most opposite places in the United States.

He’s currently a librarian for City College in San Francisco and has received an MFA in Prose from Mills College in Oakland, CA. His past professions include being a public school teacher, newspaper researcher, and street performer.

Chris believes great writing comes in an infinite number of forms. It is important that writing, especially historically homogeneous forms of writing such as science fiction, encompass multi-cultural ideas, represent a wide variety of people and cultures, and strive to avoid myopia. The world is big. Writing should be, too.